The Face of Medical Malpractice of 2018, 2019 and 2021
Contact Us Now For a Free Consultation
Home
Noteworthy News
Prince George’s Jury Awards $15.6 Million in Birth Injury Case 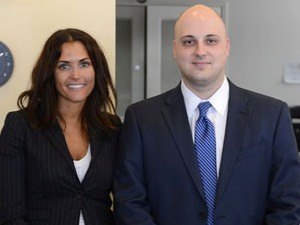 A Prince George’s County jury has awarded more than $15.6 million to the family of an 11-year-old girl who was born with severe brain damage as a result of botched prenatal care at Prince George’s Hospital Center.

The circuit court jury concluded late Thursday that a nurse midwife at the Cheverly hospital had failed to keep track of a fetal monitor during labor that indicated the fetus was in distress. Rather than move for delivery by emergency Cesarean section, the baby was born by vaginal delivery at 12:29 a.m. on Nov. 22, 2001, according to trial testimony.

A CT scan showed the child was born with brain injuries and had convulsions and seizures on her second day of life. The child continues to have severe learning and developmental delays.

“If you are going to be watching a patient in the hospital, you should be looking at the fetal monitor,” said Julia R. Arfaa, the family’s lead attorney. “You don’t wait until the child is asphyxiating before you deliver it.”

The jury, which deliberated for nearly three hours after a three-week trial, awarded $14.5 million in future medical expenses, $900,000 in future lost wages and $250,000 in non-economic damages to the parents, Angela and Chaffin Ross of Glenn Dale. Maryland’s cap on non-economic damages, which often reduces large jury awards, does not apply to the $15.65 million verdict because the $250,000 award in this case falls below the statutory limit.

The trial went forward on May 13 after settlement negotiations broke down with the parties far apart.

The hospital’s attorney, Phillip R. Zuber, of Sasscer, Clagett & Bucher in Upper Marlboro, referred all questions to its parent company.

“We were notified yesterday [Thursday] of this verdict and currently we are exploring our options,” said Erika Murray, a spokeswoman for Dimensions Healthcare System in Cheverly.

The three-week trial boiled down to a battle of medical experts, with the family’s witnesses testifying as to the clear need for an emergency C-section and the defense witnesses saying the injuries were not caused by negligence but resulted from a prenatal neurogenetic disorder, Arfaa said.

“Obviously, the jury did not believe the neurogenetic disorder” argument, said Arfaa, of Wais, Vogelstein & Arfaa LLC in Pikesville. Arfaa was assisted by her associate Ruslan Kondratyuk.

According to the lawsuit, Angela Ross went into labor after a full-term pregnancy on Nov. 21, 2001. At about 3:45 p.m., a fetal monitor displayed heart trouble.

“Predictably, throughout continued labor there were signs that the fetus was deteriorating,” stated the complaint, filed March 22, 2012, in Prince George’s County Circuit Court.

“At 6:36 p.m., there was another severe deceleration with slow return to baseline,” the complaint added. “Moreover, there were continued decelerations that were slow to return to baseline. These signs indicated that the fetus’s reserves were diminishing and that a timely Cesarean section should have been performed.”

The lawsuit alleged medical malpractice by the hospital through two of its doctors and Sophia Kyerematen, a certified nurse midwife. The jury concluded that Kyerematen’s negligence caused the child’s brain damage and permanent dependence on others for her care.