The Face of Medical Malpractice of 2018, 2019 and 2021
Contact Us Now For a Free Consultation
Home
Noteworthy News
MD Woman Wins $2.35 Million in Malpractice Case 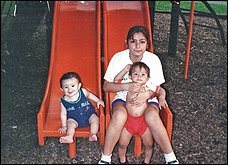 A 24-year-old Silver Spring woman arrived at Shady Grove Adventist Hospital in an ambulance early one morning after she had been jarred awake by severe stomach pain. She told the doctor she had been in the same emergency room two days earlier with kidney stones.Ten days later, she emerged from the fog of illness to terrible news: Doctors had misdiagnosed a kidney blockage, leading to an infection that had spread through her body. Part of one leg and part of one foot would have to be amputated. Her family prayed for a miracle, but none came. The two amputations were performed; the tips of most of her fingers fell off.

Monday, a Montgomery County Circuit Court jury agreed that the doctors had been negligent in their treatment of Yesenia Rivera and awarded her $2.35 million in damages. Rivera’s attorney, Julia Arfaa, said that her client — now 28 and a stay-at-home mother of three — was happy about the jury’s decision, but Arfaa declined to make Rivera available for an interview.

The jury, Arfaa said, “absolutely did the right thing. They listened to the evidence and they understood this case.”