CARING. SMART. ABLE. PROVEN. Representation for the most severely injured.
Contact Us Now For a Free Consultation
Home
Our Team
Julia Arfaa 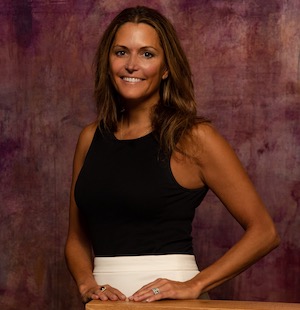 Julia Arfaa is an experienced Baltimore attorney committed to serving victims of medical malpractice, birth injuries, catastrophic injuries, and the families of victims of wrongful death. For more than 22 years, Ms. Arfaa has represented individuals and their families in Maryland, as well as Delaware, Pennsylvania, New York, Virginia, and the District of Columbia. Ms. Arfaa is renowned for her ability to handle complex medical issues, and to aggressively advocate for the maximum compensation that her clients deserve. Ms. Arfaa has experience with all forms of medical malpractice, including birth injuries, infections and septic shock, cancer misdiagnoses, spinal cord injuries, brain aneurysms, and stroke misdiagnoses.

Ms. Arfaa’s experience and track record make her an excellent choice for Maryland victims of medical malpractice. Over the years, she has obtained a number of record-setting settlements and jury awards on behalf of her clients. In July 2012, Ms. Arfaa secured a $21 million verdict in Baltimore City against a local physician and hospital for their negligence during the birth of a child. The following year, Ms. Arfaa obtained a $15.65 million verdict in May 2013 against another local hospital and physician for negligent care during labor and delivery that resulted in a child’s cerebral palsy. These awards constitute some of the largest verdicts in Maryland history for birth injuries resulting from medical negligence. In November 2017, Ms. Arfaa secured an $18.54 million verdict for an individual who was not properly resuscitated during a code for a massive pulmonary embolus. This award is the largest jury verdict in any medical malpractice case in the history of Baltimore County. In 2018 and 2019, Baltimore Magazine named Ms. Arfaa “The Face of Medical Malpractice.”

Ms. Arfaa received her B.A. from Smith College in 1994. In 1997, she graduated with honors from the Syracuse University College of Law. Over the course of her legal career, Ms. Arfaa has been a partner at two leading Maryland medical malpractice firms, and has been repeatedly named in Baltimore Magazine’s Super Lawyers in Maryland. Ms. Arfaa has also been listed as one of the Top 50 Women Attorneys in Maryland by Super Lawyers, and is a certified lifetime member of the Million Dollar Advocates Forum, and the Multi-Million Dollar Advocates Forum, one of the most prestigious groups of trial lawyers in the country. Additionally, Ms. Arfaa has been elected as an Associate Member of the American Board of Trial Advocates (ABOTA), and selected to Best Attorneys of America as a Lifetime Charter Member. Each year, The National Trial Lawyer's Association continuously names Ms. Arfaa as one of the Top 100 Trial Lawyers in the Nation. Ms. Arfaa was also named to Super Lawyers Top 100 for Maryland in 2021.

In 2015, the Arfaa Law Group received the Top Litigator Award from the Trial Lawyers Board of Regents, a prestigious award that is only presented to the top 1% of attorneys. That same year, the Arfaa Law Group was also named as Live Wire’s Most Outstanding Law Firm for Innovation & Excellence.

Baltimore Magazine - Faces of Baltimore 2021, The Face of Medical Malpractice

Baltimore Magazine - Faces of Baltimore 2019, The Face of Medical Malpractice

Baltimore Magazine - Faces of Baltimore 2018, The Face of Medical Malpractice